All attention must go to an ambitious Paris Agreement

As the dust begins to settle after the announcement of the Paris Agreement last year, governments this week begin this year’s first negotiations session under the UNFCCC in Bonn, Germany.

“All our attention must now go to the implementation of the Paris Agreement, and to ensure that the efforts put are ambitious enough to enable adequate and just action to address climate change,” says John Nduna, ACT Alliance General Secretary. 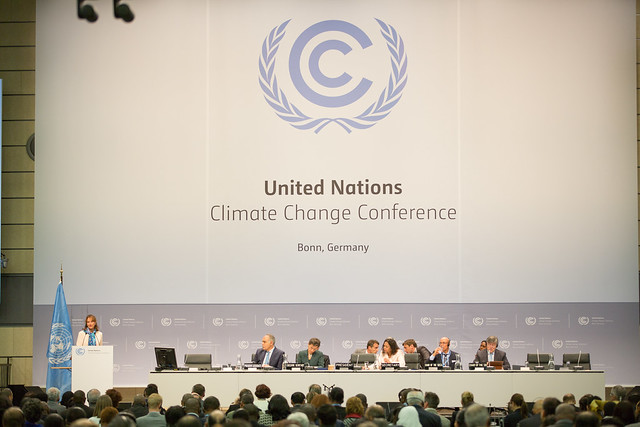 While the Paris Agreement was received positively across the world, there is a general acknowledgement that it was just but the beginning of a long journey.

“There is need to build and maintain a good momentum and a good spirit. The Bonn session should immediately embark into the work of determining the modalities for climate action,” adds Nduna.

A great majority of the governments have signed the Paris Agreement, mostly on April 22, when UN Secretary General Ban Ki Moon held a signing ceremony in New York.

“The impacts of climate change continue to devastate communities and there cannot be any delays in taking action. We call for an early ratification of the Paris Agreement to allow its entry into force,” adds Nduna.

ACT alliance has followed the UN climate talks for many years, and together with members in 140 countries, has pushed for climate justice. Through campaign activities, research and documentation, lobby meetings, and a continuous dialogue and engagement on national, regional and international level, ACT alliance has called for increased ambition and progress in the negotiations.

The alliance is participating in the Bonn climate negotiation through its delegation of policy and diplomatic experts.