Resolutions adopted by EUROLAT in 2015 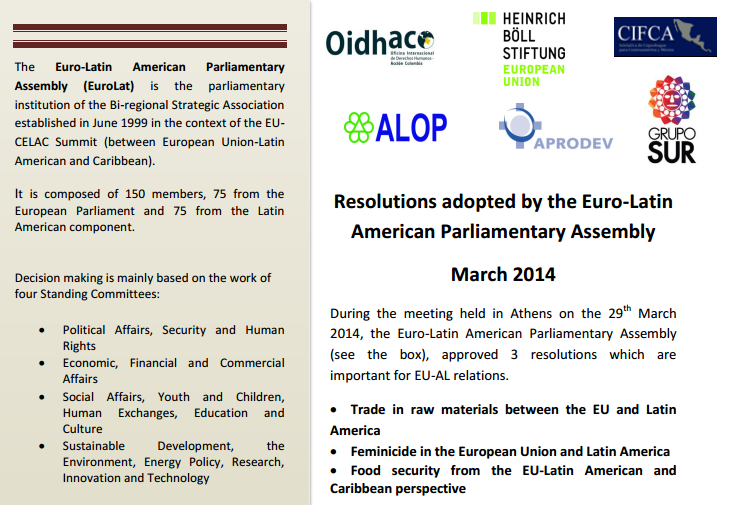 During the meeting held in Brussels on 4 June 2015, the Euro-Latin American Parliamentary Assembly, approved two resolutions which are important for EU-LAC relations.

The briefing includes a summary of the two resolutions:

– Resolution on mining in the XXI century